Make Hay While the Sun Shines 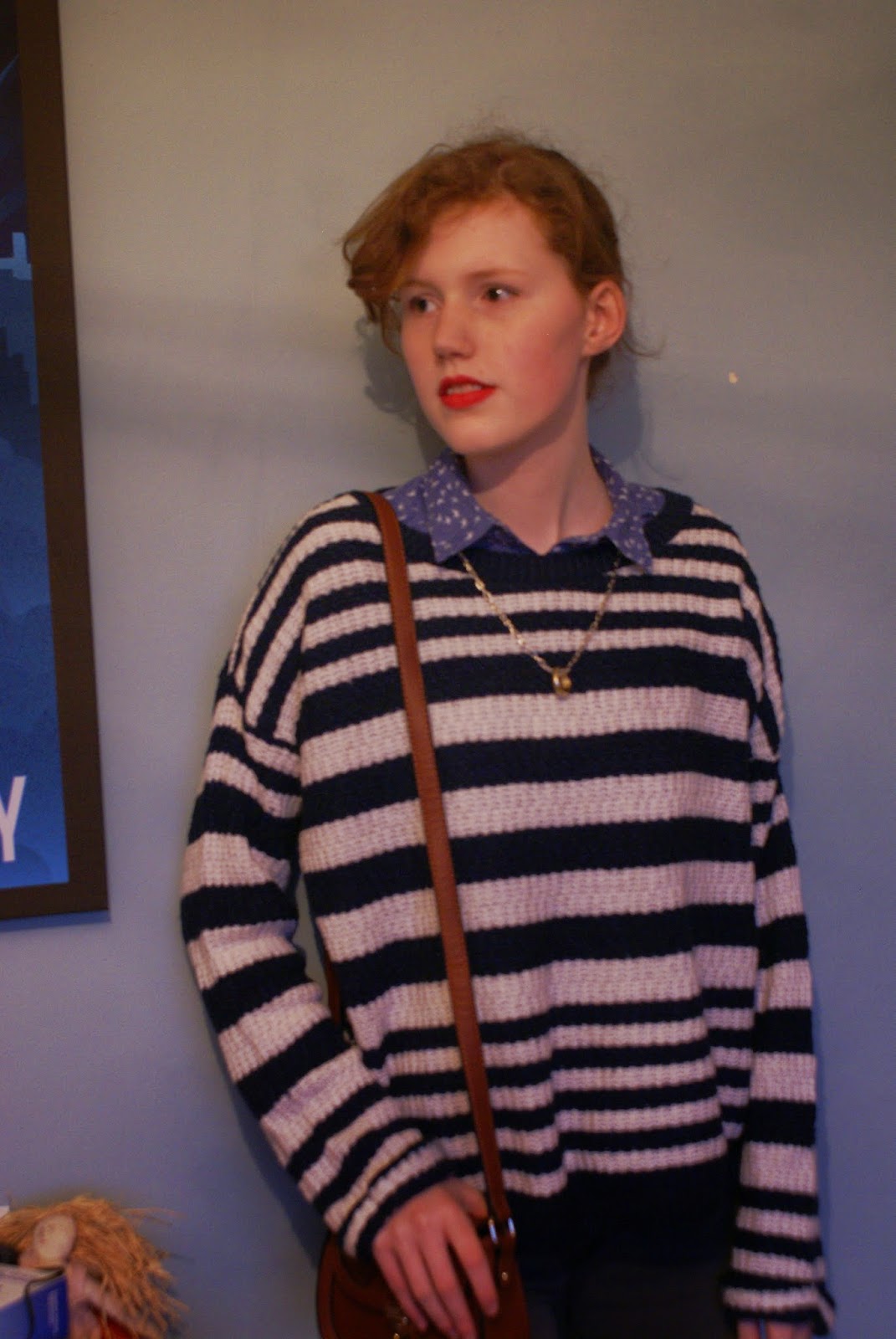 Or more like “take advantage of the weather while you can!”
So on Tuesday it snowed and I thought; hey, won’t it be cool to take photos in the snow. But I faffed around and it started to snow again and since my camera probably isn’t waterproof, I decided to try again later. On Wednesday the snow was still there but by the time I got home it was dark. So I left it to today and now, the snow’s gone. To top that off, it’s raining so I had to make do with my blue wall again. (Why did I ever think I could do outfit posts with the Scottish weather…) 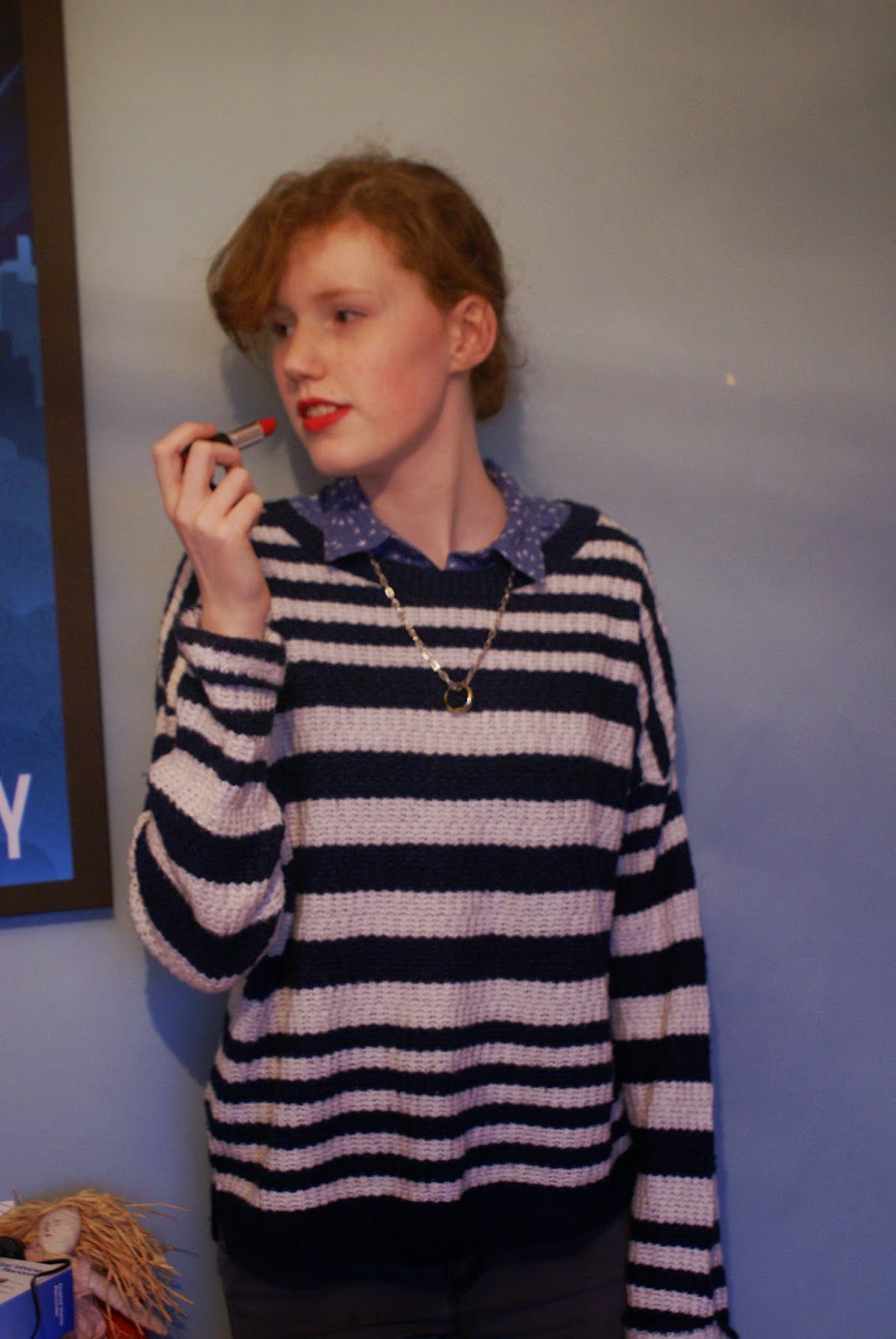 I love this lipstick so much! I got it after Christmas as I had a voucher for £3 off No7 make-up. I was going for a colour close to my old one, but got a bit carried away by the bright reds.

If you’re wondering why I’m wearing a ring around my neck, it’s the one from the Lord of the Rings. I'm such a nerd. My mum got it for me for Christmas last year after I spent the whole of December raving about how amazing the two hobbit films out at the time were. My mum is so cool. 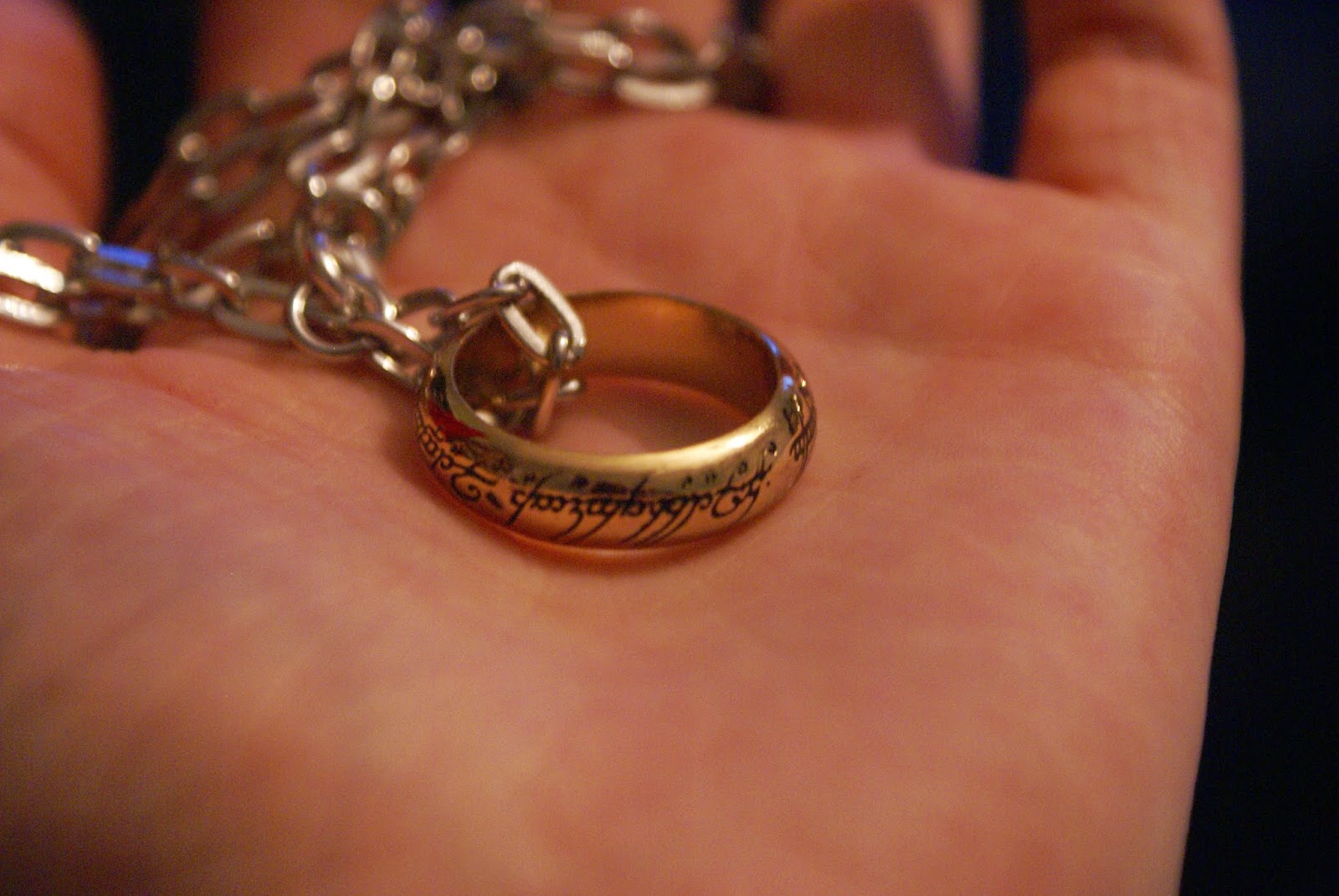 Good news though, I’ve now got a tripod so once the weather picks up, I’ll be able to take photos in more interesting places! Probably not for the next post though as I have mock exams to study for, but you never know; this may be my newest way to procrastinate. 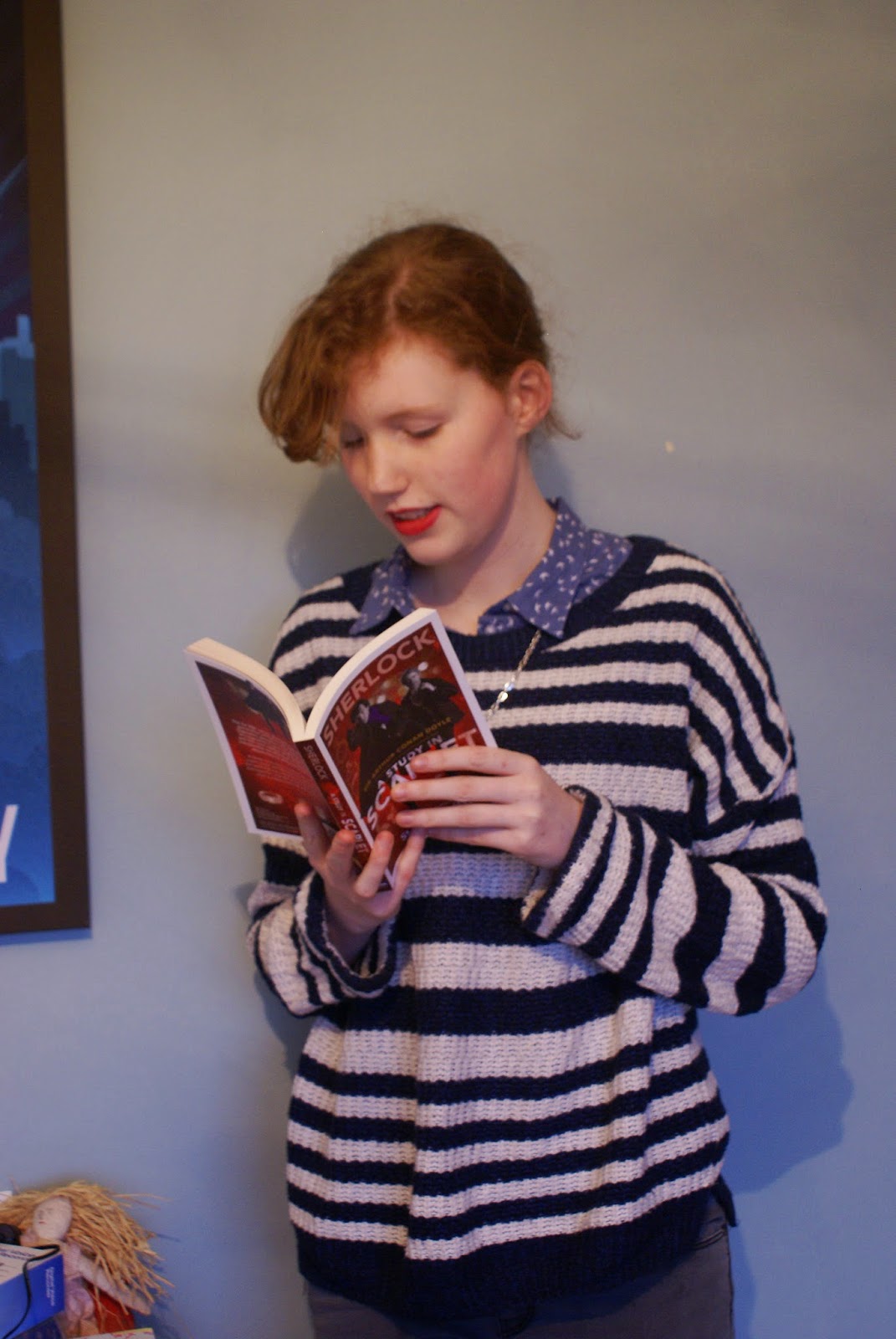 I'm wearing:
Jumper from New look
shirt from H&M for £7
Jeans from Primark for £11
bag from Accessorize which was on sale for £6
the one ring from Lord of the rings
No7 lipstick in Crushed Crimson (but I can’t remember how much it was)

Oh and I’ve decided I’ll either weekly or fortnightly post my 365 day project photos. I’ll do a blog post of the last two week’s photos tomorrow, but I'm not sure what day I will be posting them after that so if you want to be notified on when I do, you should follow me on twitter, bloglovin’ or tumblr.