The park in Portaferry 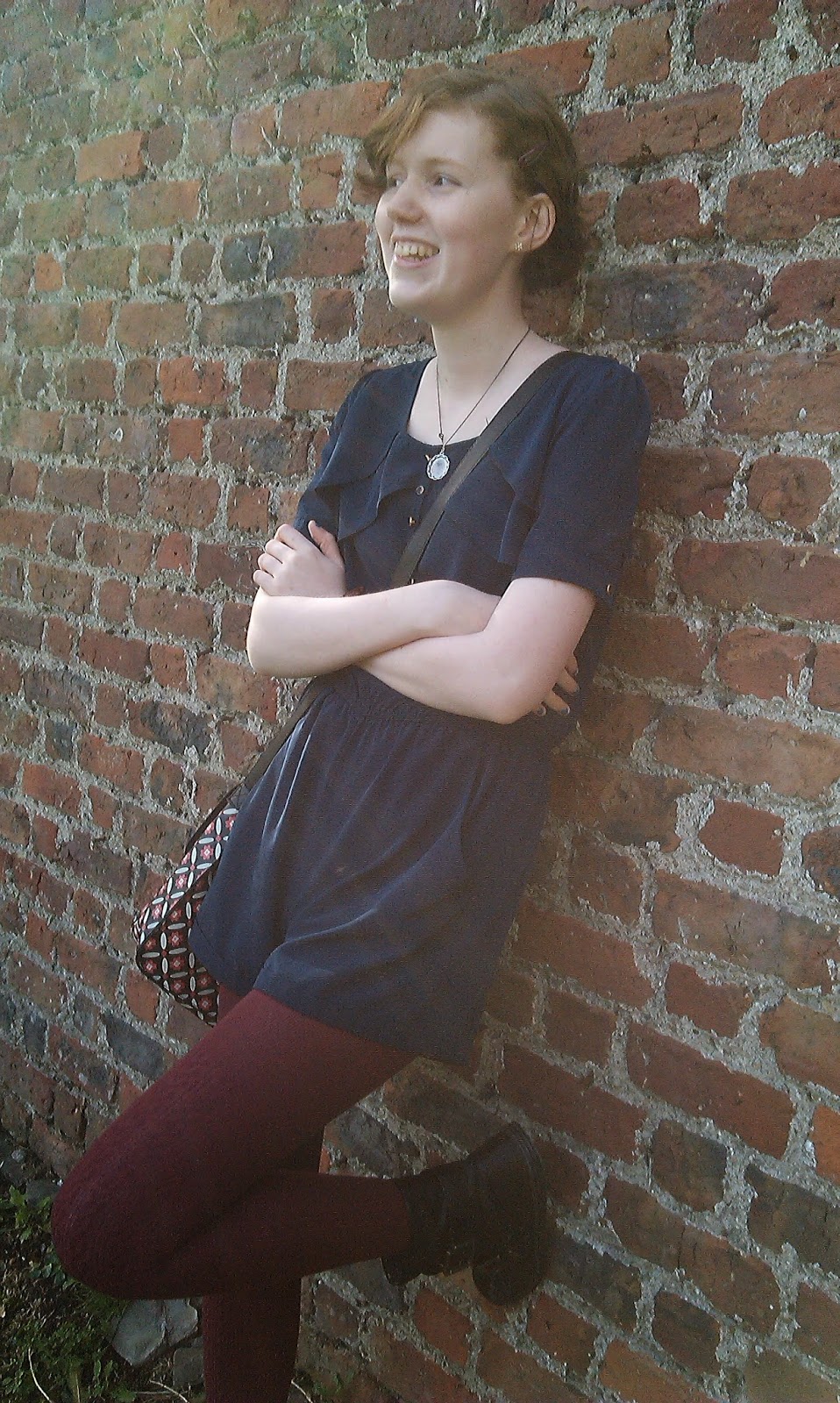 Recently we were visiting family in Northern Ireland and we went for a roundabout drive to Donaghadee. I love it there, mostly because we go there every time we go to Ireland and I’m a bit of a creature of habit. It was really windy though, so after a lunch of fish and chips and Maud’s pooh bear ice-cream – which is the best ice-cream ever – we travelled further down to Portaferry. It seemed to be better sheltered there and when you were in the sun it was quite warm. So we when for walk and found a play park. There was literally nobody around because it’s not the holidays yet over there. It had a really worn stone wall that looked like a cool backdrop so I took some photos.  I may look painfully awkward in them but that’s because I'm a painfully awkward person. 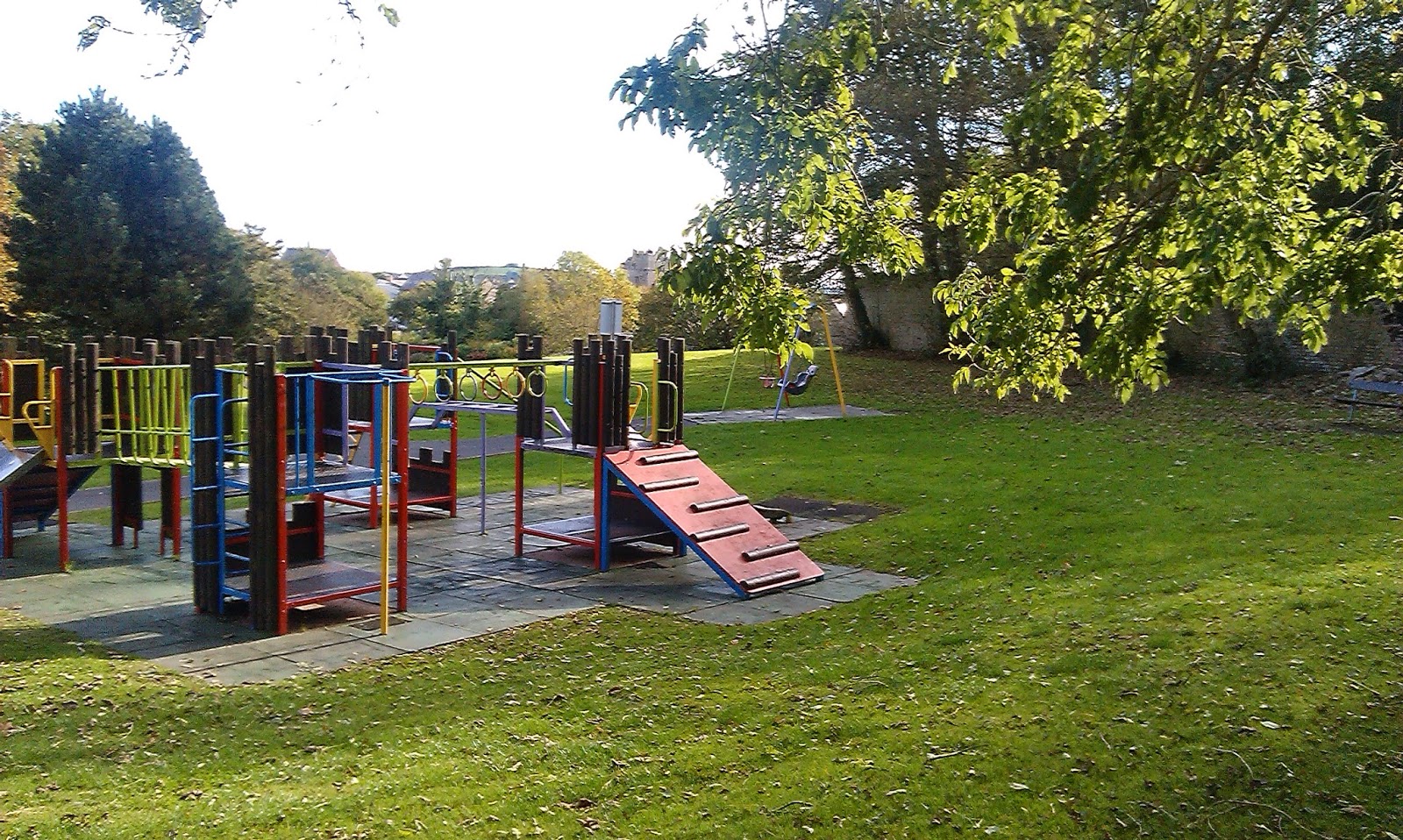 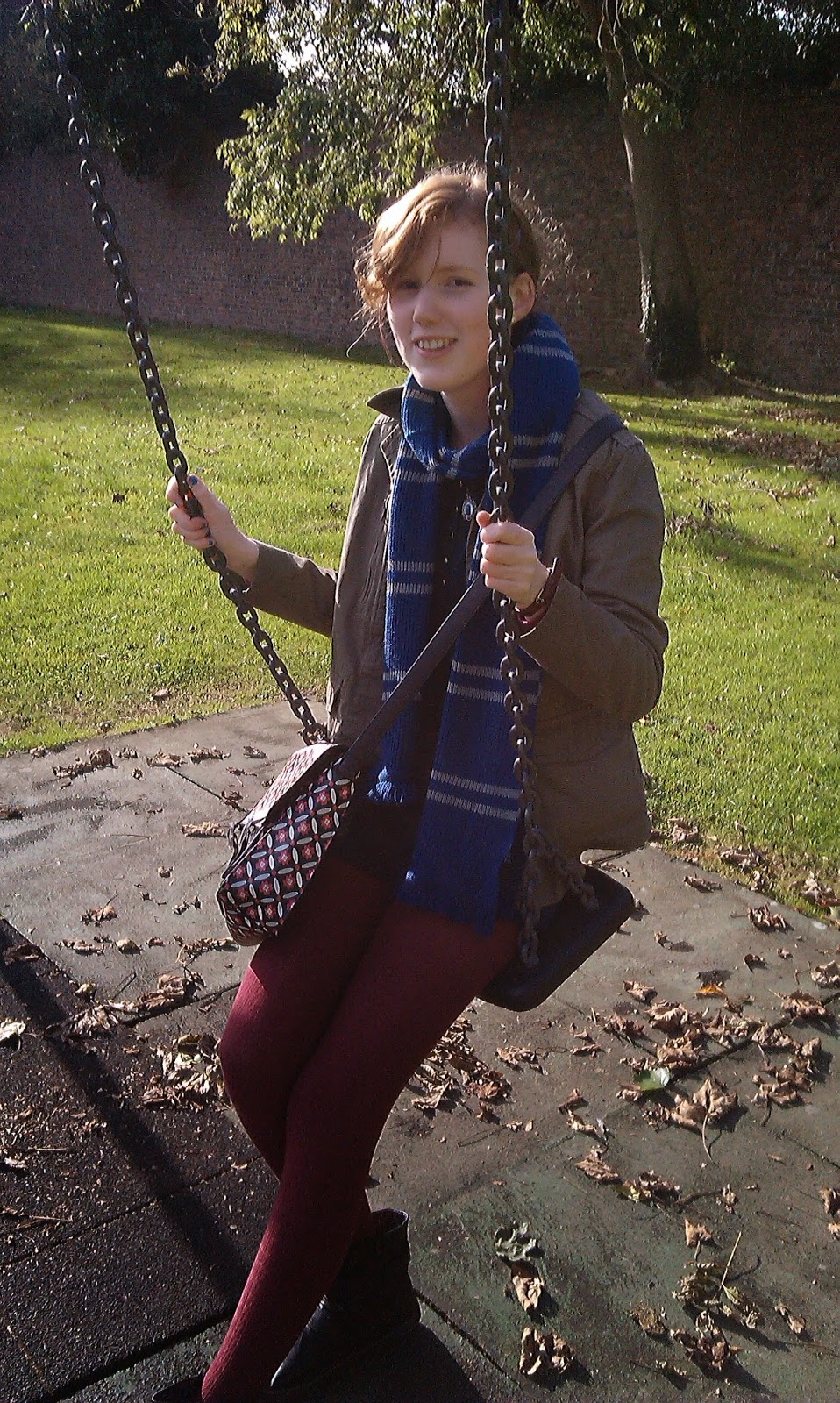 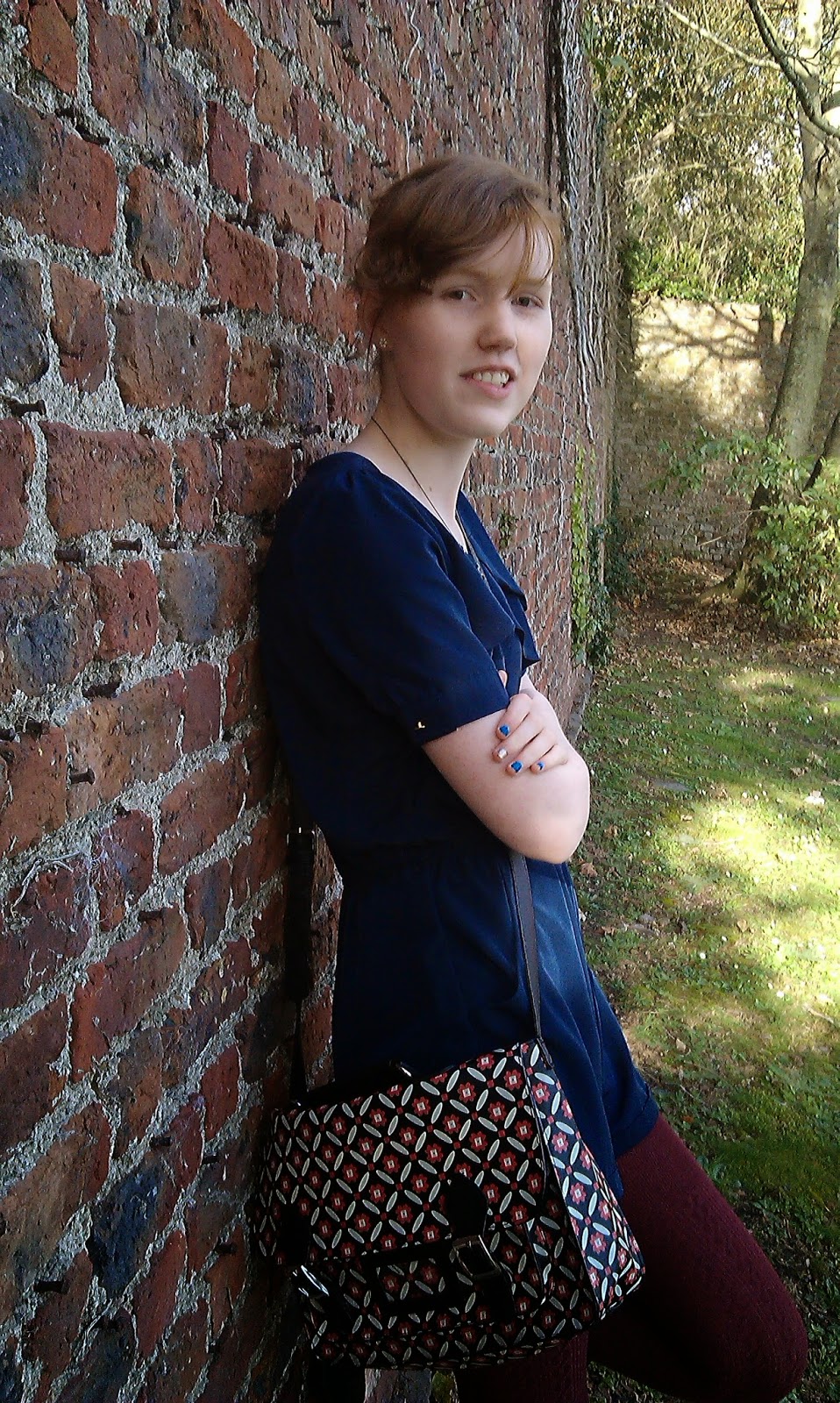 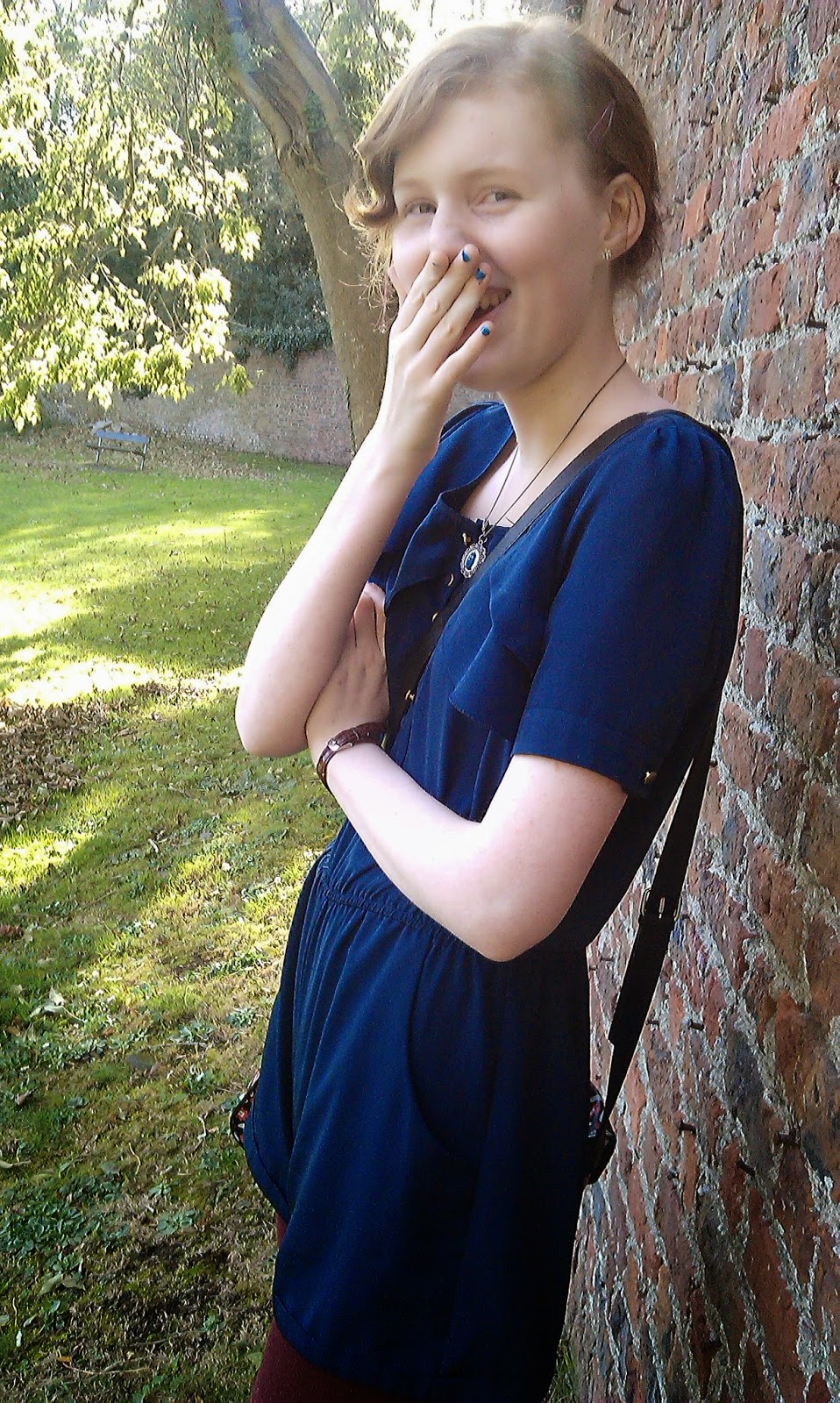 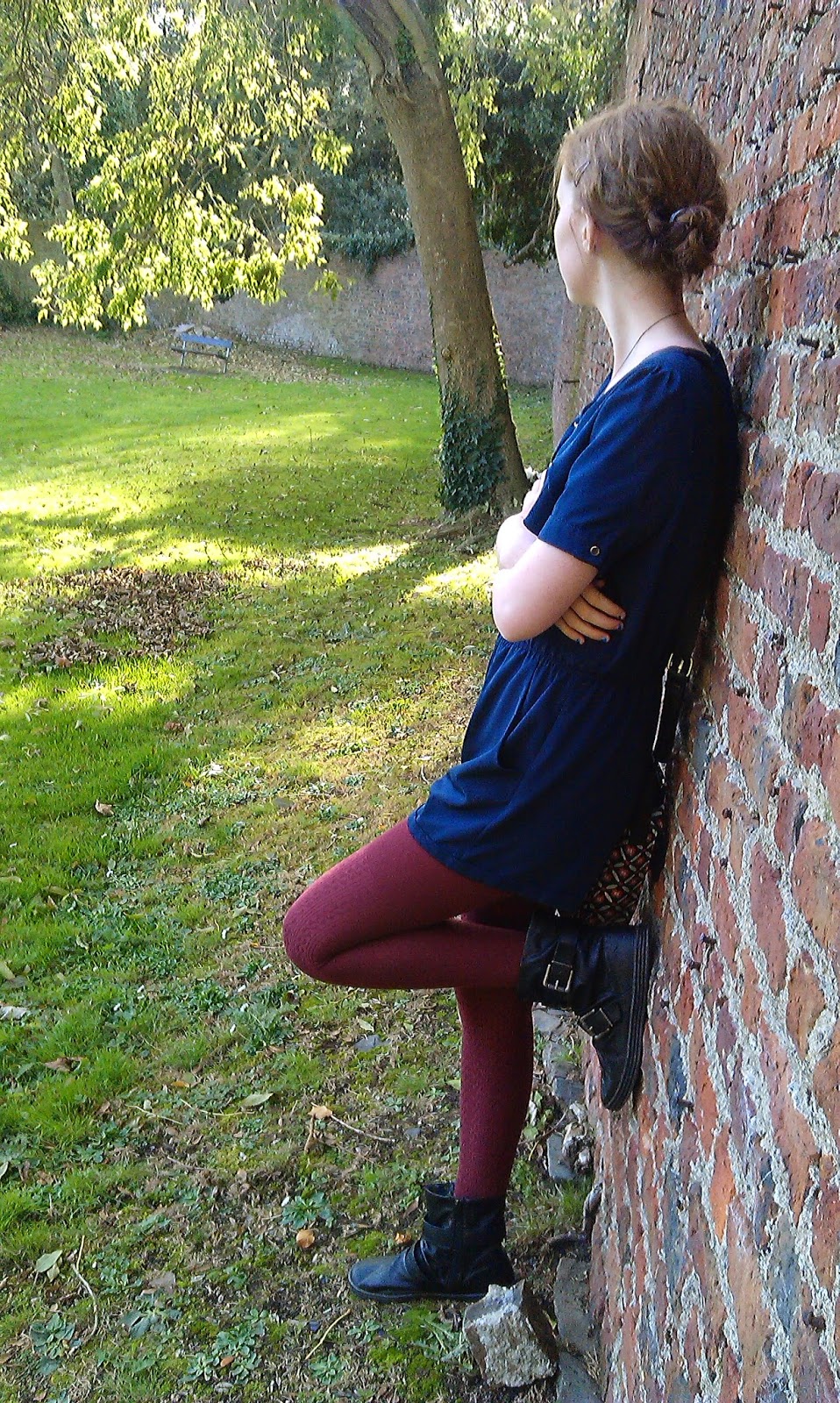 
Woollen maroon tights from Primark
Blowfish boots (which are actually my school shoes and is kind of cheating as they were £50 but I always invest more on a small selection of shoes and just wear them with everything)
Playsuit from Urban Outfitters which I got on ebay for £3.50 including p&p. It really pays to look through ebay as you can find some really cool stuff that is just like new.
Army jacket from new look which again I got on ebay
Satchel from Primark i got last year
Ravenclaw scarf
Tardis necklace from BunnysBeadsUK (you probably can tell already that I’m a big nerd)